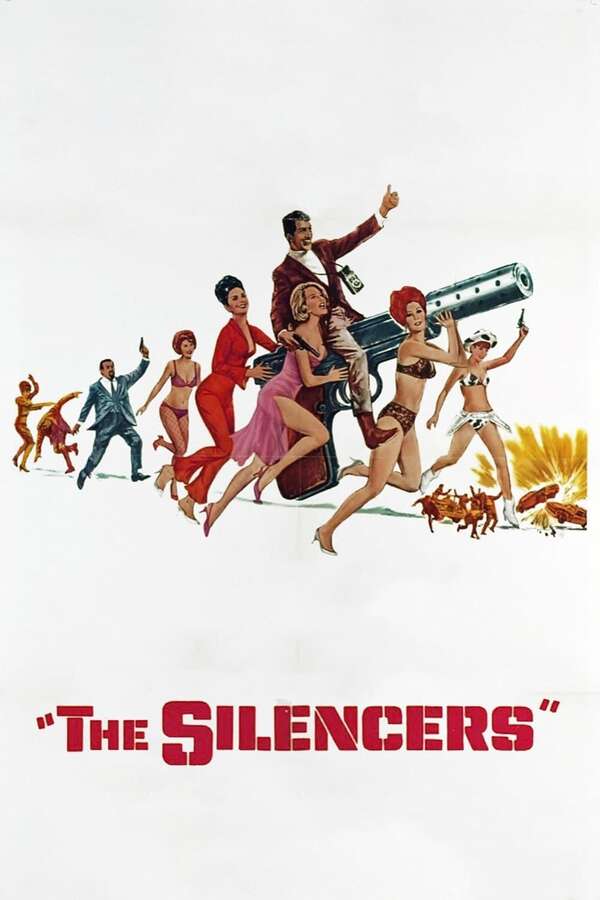 When I was a little kid my family used to go on holiday to Millport, on the Isle of Cumbrae, in the Firth of Clyde.

We didn’t go to the cinema often, if ever, back then. But Millport had a small cinema, and we always went once or twice when on holiday.

I don't recall any of the films we saw in the four years we holidayed there. What I do remember is the film posters, because they were always there, so I saw them year after year. And unusually, they were round the walls inside the auditorium. So while you waited for the lights to go down, you saw adverts for films that once shown there.

It's where I first heard of the Dollars trilogy. Only the first two then, in a double poster for A Fistful of Dollars and For a Few Dollars More. When Eight Bells Toll. I think Ice Station Zebra.

And one called Matt Helm Gets it in Denmark. I eventually saw all the others, but not that one. As I got a bit older, if ever the name came back to me, I wondered what kind of ‘getting it’ the title referred to. I probably kind of looked like an adventure film, so it was probably more likely to be a threat to his life, than any other interpretation. The the entendre was clearly double.

I recently found that our Roku has a strangely-named channel called ‘Movieland Tv’ [sic as far as the lowercase ‘v’ goes]. I had a poke around, and it seems to specialise in old movies from the 60s and 70s that are not what might now be called classics. Though there are a couple of Bond films: Thunderball (the first Bond film I ever saw) and Diamonds are Forever.

But I came across one called The Silencers. The blurb described it as ‘The first Matt Helm movie’. Well! Here was the mysterious figure from my childhood. If not getting it in Denmark, then at least in danger of being silenced. The blurb also told us he was an agent who’d got out of the game and his superiors wanted him back.

Fair enough, sounds like it could be OK, and I fancied something like a spy film tonight.

The first surprise was the star: Dean Martin. Now, that poster back in Millport might have shown his name in large type, and if it did you’d think the collision of his last name with my first would have stuck with me. But if so, that fact is lost in the mists of memory.

After an opening where four hit men are given bullets with ‘Matt Helm’ written on them, it starts with a woman dancing. And, basically, stripping. It’s obviously trying to be like a Bond opening scene, but, way sub-even-that-standard.

And then another woman starts singing, and the credits include original songs by Elmer Bernstein, and a choreographer. Is this a musical?

Well, no, but if you’ve got Dean Martin in the studio, you’d be daft not to get him to sing a bit. Which he doesn’t do in character, but does in a couple of scenes in voiceover, in effect. Oh and there’s a joke with Sinatra coming on the radio and Helm saying, ‘Turn that off, I can’t stand his voice.’ They retune, and a Dean Martin song comes on, and he says. ‘Now this guy can sing.’

It's a daft spy romp, and from Helm’s amorous adventures, I think it's now clear which kind of ‘getting it’ will be happing in Denmark. Though probably a bit of both.

I'm giving it one star for making me laugh several time, though mainly at the ridiculousness. And half a star for the fantastic mobile bed. Why move to answer the phone when you can flick a switch and have your bed rotate you to where it is? And when you want to have a bath, just let your bed take you there and drop you in.

Honestly, that bit wouldn’t have been out of place on Tracy Island.

Other than that, it’s complete mince.