It’s not too late to vote, folks. Half an hour to get down to your polling station, get the Tories out, and stop Brexit.

The time is almost upon us, and I have The Fear. Or at least, I understand The Fear.

I understand the fear of Brexit; of giving the Tories control, yet again, of the NHS, and of the economy; and of their plans for changing the constitution in all the wrong ways, since I feel it myself.

But despite my problems with Corbyn, I don’t understand the loathing for him. It doesn’t seem to come from dislike of his policies. Some of the people who say they don’t like or don’t trust him seem to be Labour voters, who you’d expect to have similar beliefs. Even if those people have more centrist beliefs, you’d think they’d be close enough to the party’s current policies not to be put off totally.

It seems almost to be personal. Do some people dislike him as a person? Strikes me as odd, as he comes across as quite moderate and reasonable to me. To be sure, he can get snappy with interviewers at times, but it’s nothing compared to some people. And at least he doesn’t bluster; doesn’t lie; and always gives the impression that he knows what he’s talking about.

On tonight’s Channel 4 News they interviewed a guy in Johnson’s constituency who claimed to be a socialist, but who is going to vote for Johnson this time. They didn’t push him for an explanation.

In the same constituency there was a business owner who had always voted Tory but is not going to this time, because of the way the party has been taken over by the far right. It takes a Tory businessman to recognise what a “socialist” can’t. We are through the looking glass and no mistake.

Anyway, I’ll be voting Green. I hope everyone reading this will get out and vote on Thursday, for anyone who isn’t the Tories, and to stop Brexit. 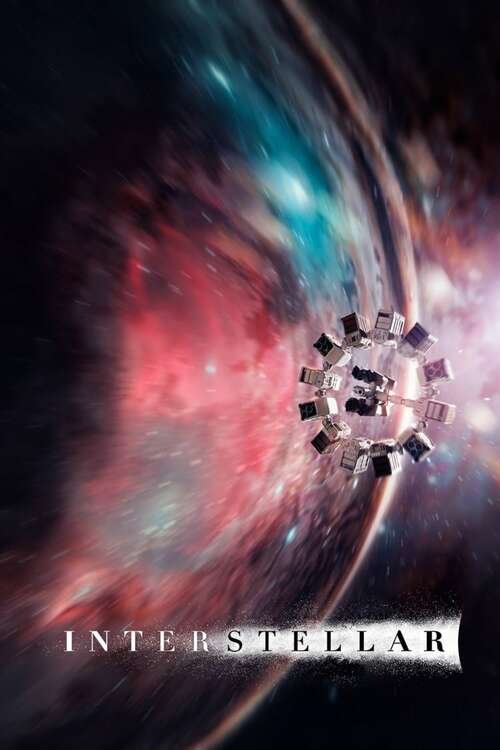 I watched this again last night, and it’s really an outstanding film. There are some places where the gravity and/or relativity choices don’t quite make sense, but mostly the science is handled very well.

The least believable thing, in a film full of challenging ideas, is the fact that our hero has been a pilot for NASA, but has somehow fallen off their radar, when they actually need people like him and have a base within a day’s drive of him.

I got Whammed1 in the bakery this afternoon. Walked in, took my earphones out, and, Wham! there it was. George Michael geving his heart to someone. Ever noticed that? He doesn’t say “gave,” he says “gev.” My daughter pointed this out a couple of years back, and now I can’t unhear it.

Oh well, there was never a chance of not hearing it, and to be honest, I don’t hate it like I used to. Remember back when we thought that bands like Wham! or Duran Duran were somehow “the enemy”? Those were stupid ideas. Music is music, and people have different tastes. Let’s let everyone enjoy what they like without judging them.

The most amusing part was that I heard a little girl in the queue behind me saying to her mum, “I just got Whammed.”

Also it’s odd that I haven’t heard ‘Fairytale of New York’ yet this year, except as a weird brass band version that was on the telly advertising some programme.

It felt a little grubby, going to the NowTV site and setting up an account. As you know, Sky TV and I have a history. Or maybe an anti-history, insofar as I am anti everything that their former owner stands for. But the key word is “former.” With Comcast now owning it, I can feel a little better about giving them my time and possibly some money.

But what’s worse, as a viewing experience, is that their app is the worst video-playback app I’ve ever used. It’s fine at all the basics; it even has a ten-second jump back and forward feature, which is good. But! It completely fails at subtitles.

Now, in this era — this platinum age of television — subtitles are often an essential part of viewing. And that isn’t true just due to my age, because my kids, who are young adults, are at least as likely as us olds to want them on. Mumblecore actors are to blame. Or maybe bad sound on our TV. Or a combination. Doesn’t matter. We watch with subtitles on a lot of the time, and I wanted them on for Watchmen.

But NowTV — in its Mac app, at least — just can’t handle them properly. They either freeze, so you get the same sentence stuck on the screen for five minutes; or they just get out of sync. Sometimes they rush through minutes of text at a time, as if trying to catch up. In the end I turned them off.

But I watched one episode on my iPad, and the subtitles were fine there. So I guess it is the actual Mac app. The Mac plugged into the telly is an old one. A nine-year-old MacBook Pro, in fact. I’m impressed that it’s still working, though I did upgrade it at one point.

Anyway, that can’t be the reason it’s bad, because I’ve also tried it on my 2017 MBP, with exactly the same results.

But what about the programme?

It’s a sequel to the comic, set around thirty years later. I found the first episode kind of annoying, though I’m not quite sure why. Too much of it set in the past, maybe? But as we’ve got to know the characters and things have moved along, it’s definitely interesting. I’ve watched the first five episodes so far. Up to which point it’s kind of a cop show with an unusual background. Cops go masked so that criminals can’t identify them. Criminals go masked too, of course, specifically in Rorscach-style black and white masks.

And there’s a mysterious old guy who puts on plays reenacting the origin of Doctor Manhattan. You’ll have guesses about who he is, if you know the source material. Well, one guess.

I like the way they’ve built on the comic, and are weaving the backstory in. Though I think it must be extremely confusing for anyone who hasn’t read the novel, or at least seen the movie.

My main question (apart from the obvious ones, like what’s going on with Veidt?) is: why is Laurie using her father’s surname? It doesn’t make sense to me that she’d call herself Blake, instead of Juspeczyck.

Oh, and whatever happened to Dan Dreiberg? I want to see some Nite owl action. Something that looked a lot like the Owlship appeared in the first episode, so maybe he’ll turn up. As, I imagine, will Doctor Manhattan. 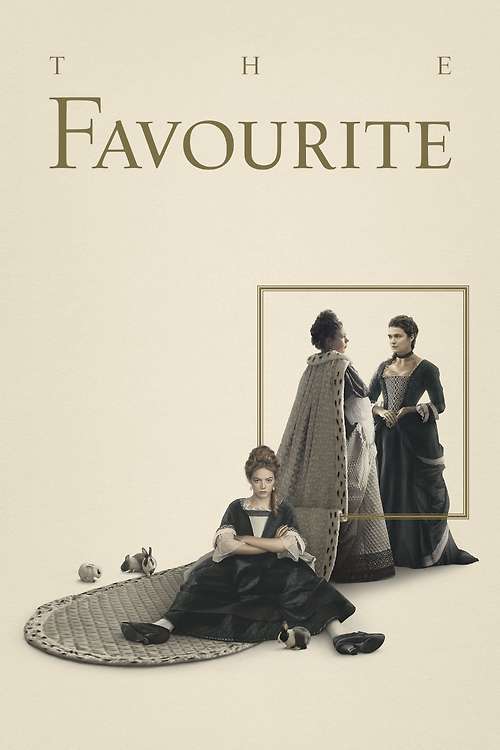 What were they doing with the justified text in the captions and even credits? Made it barely readable.

Why is it two different temperatures at the same time in London?

There are two things I don’t understand.

If there are antisemites in Labour (which, again, does seem to be the case): why and how? Who are these people that have joined a party of the left, a party that has always been anti-nazi, anti-racist, pro equality and human rights — who join it, and yet stand in direct opposition to its core values? It’s like a climate-change denier joining the Green Party.

Further, why now? Why has this blown up in the last couple of years? These invasive members presumably haven’t just joined the party. It’s hard to imagine that they joined because of Corbyn being the leader.

Unless that’s exactly what it is. Maybe Corbyn’s seeming weakness on responding to the problem. and/or a willful misunderstanding of his stance on Palestine and the government of Israel, has attracted such people to the party. In which case — in any case — the obvious thing to do is to find them and eject them; just as they can easily eject members who suggest voting for another party.

I see that The Guardian has published an “everything you need to know” guide on the matter. Which is good, but it doesn’t really answer my questions.

Corbyn has spoken out against antisemitism again. He may have appeared vague on Brexit, but I don’t think he could be any clearer on this.

You shouldn’t read this book.

I broke a personal rule, that goes back to 1982: Never start reading a fantasy series if the final volume hasn’t been published.1 1982 was the year I was reading Stephen Donaldson’s The Chronicles of Thomas Covenant. The fifth volume (or second volume of the second series) was out, but the sixth and final wasn’t.2 I waited on tenterhooks.3 Eventually the hardback came out, but it was much too expensive for a poor student like me. Luckily, not for another poor student on my corridor, who lent it to me.

I learnt my lesson, back then. More or less: I was reading Harry Potter while it was still being written. But this is one of the main reasons why I never started A Game of Thrones, for example.

But here we are. Two-thirds of the way in to a compelling, thrilling story… actually that’s not quite right, what with the first volume being prequel. More like halfway through a very long story, and all I can say is… not very much without going into massive spoilers.

I like that Lyra is using Silvertongue as her surname: a name she was given, that she earned. There are aspects of the world, of Lyra’s relationship to it, that are surprising, given what she went through in His Dark Materials. But then, it is eight years later, and she has grown up a lot.

Politics and events in the world of the Magisterium sometimes parallel those in our world.

It’s a lot darker and more adult-themed than the original trilogy. I don’t know if the whole will end up being as legendary or as moving as the original, of course, but at this point, balanced on the fulcrum of change, I like it almost as much.

I lied at the the start: you should read this book. But be prepared for the fact that we might have to wait two years for the conclusion.