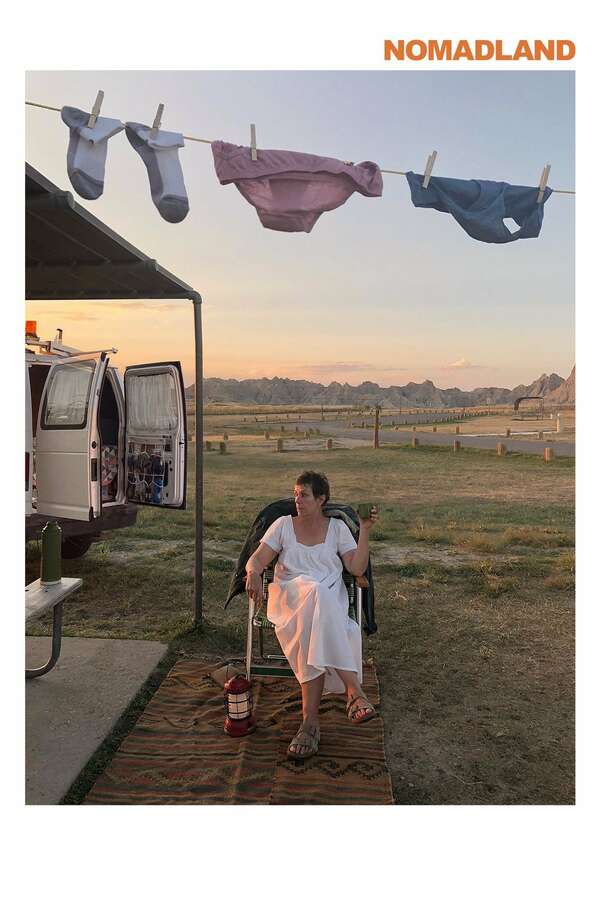 The scenery is bleak, and the setup is sad, but in the end this movie is neither. Frances McDormand's character may have lost her home, job, and even town — she comes from a company town called Empire, which is closed down when the business fails — but she finds companionship along the road.

Sometimes that companionship is herself: she is someone who is happy in their own company, and that's okay. She lives in her van. She's not homeless, 'just houseless,' as she says.

I spent parts of this film wondering if something terrible was going to happen, but it's not that kind of story at all. The worst thing happened before the start, and all the rest is — just life. There's no plot to speak of, but that's okay too.

And though the scenery is bleak, it's also beautiful.