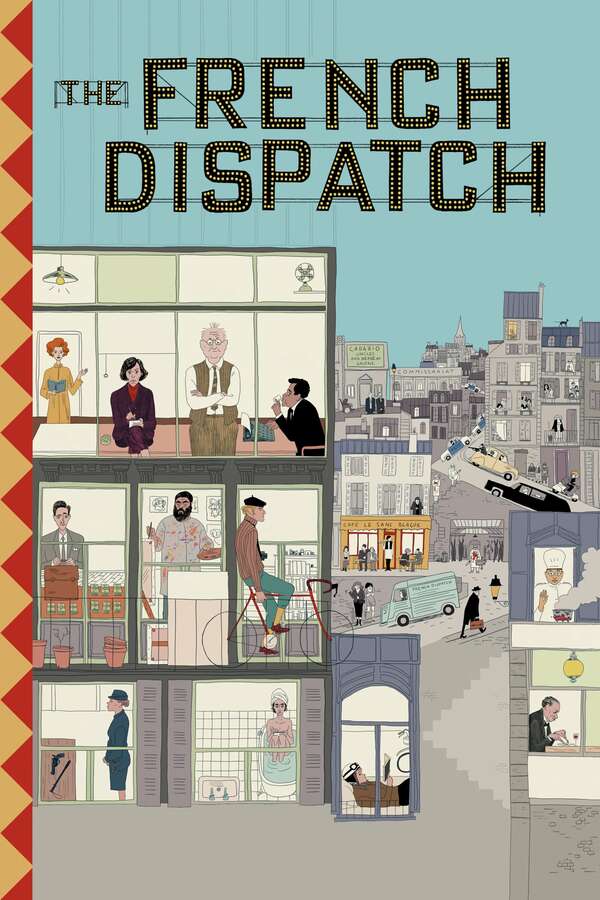 Wes Anderson's latest is a wild romp, slightly incoherent at times -- or, not incoherent, exactly but confusing in a good way. Until you realise afterwards that it did all hang together and make sense.

It tells the tale -- several tales -- of the eponymous fictional magazine, which is loosely based on The New Yorker. Here, it is a supplement to a Kansas newspaper, published from a city in France.