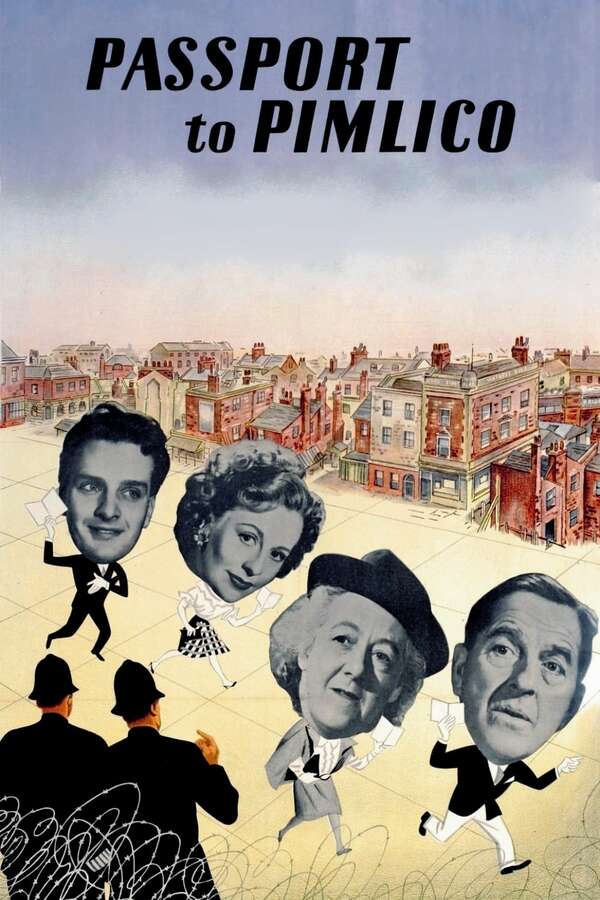 Set a few years after the Second World War, it tells the story of the discovery of a hoard of treasure and a royal proclamation that makes Pimlico in London party of the ancient Duchy of Burgundy. The locals promptly claim the treasure and proclaim their independence from the UK.

Problems ensue for the Home Office -- or does the Foreign Office have jurisdiction?

The ending is a little weak, but it's a lot of fun getting there.